Eating ice-cream, ranting to friends, sobbing in bed. These are just a few things people might do right after a break-up. But a 21-year-old from Dehradun found a rather quirky way to heal his broken heart. He opened a tea-joint named ‘Dil Tuta Aashiq-Chai Wala’.

After going through a heartbreak during the lockdown, Divyanshu Batra decided to “take something positive out of his break-up”. Divyanshu, who broke up with his high-school sweetheart, spent 6 months in depression & playing PUBG before opening the cafe. He was quoted saying by HT,

“I had a girlfriend from my high-school days with whom I broke-up last year as her parents were against us going together. After that, I was depressed for about six months and spent my time only by playing PUBG. Then one day, I thought it’s enough and I will get out of this, and that’s how the idea of this popped up.”

Explaining the idea behind his cafe and its catchy name, he said he wanted people to have space to share their tales of heartbreak and move on.

“Everyone in their life goes through the same phase. Hence, I wanted them to come here and share their tales and the pain in their heart so that I can help them overcome this and move on. I am even succeeding in this as many are now coming by seeing the cafe’s name and sharing their break-up stories with me.” 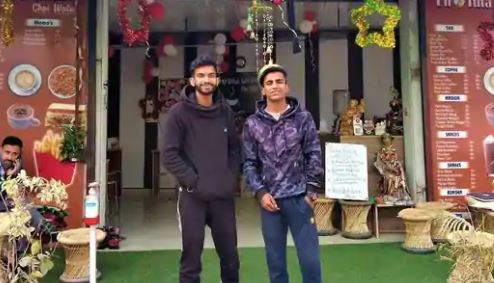 Batra, who runs the cafe with his younger brother Rahul Batra, said his father was a bit “skeptical” when he told him about the name of his cafe,

“My mother was very supportive of the fact that I was going to start something of my own after the bad phase I went through but my father was not convinced with the name of the cafe. But one day, one of his friends who were unaware that the cafe is mine, praised the food and its ambiance. Then my dad got convinced that I am doing something productive.”

After getting a good response from the customers, Batra has plans to open a franchise in Haridwar. Well, what a unique way to get over a break-up!

Teresa Palmer Birthday: 7 Best Outings By the Actress That Should Be Bookmarked By Every Fashion Admirer Out There

The Girl On The Train: Parineeti Chopra Requests Not To Share Spoilers Ahead Of The Film’s Release, Releases Statement Using #NoSpoilersTGOTT

Manmohan Desai Birth Anniversary Special: 5 Blockbuster Hits Of The Filmmaker And Where To Watch Them